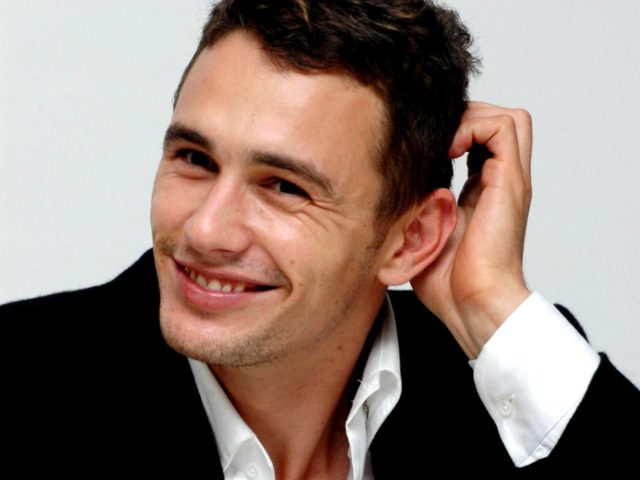 What’s your favorite sex scene? Was it when Rose and Jack wrapped their nude, damp torsos around one another in the bowels of the Titanic? Or how about the dueling ballerinas who succumb to their darkest impulses in Black Swan? And let’s not forget the emotional release we got from watching Brokeback Mountain’s Jack and Ennis finally embrace their sexual desires in a remote tent deep in the backwoods of Wyoming.

The best sex scenes are about finding the right mix of realism, eroticism and chemistry between actors. At their worst, they can make us recoil in horror. But when done right, a sex scene can provoke, inspire and, hopefully, arouse.

But ask any actor what it’s like to actually shoot a sex scene and they’ll probably tell you the same thing: There’s nothing sexy about it. Maybe it’s the disinterested lighting guys eating hoagies just off camera, or the cumbersome prosthetics actors often use to shield their genitalia—but simulating sex on set in front of a large group of strangers is often awkward and uncomfortable. (Maybe it’s not that different from real sex after all.)

That was especially true for Ari Graynor, who stars as real-life actress Juilette Danielle in The Disaster Artist, James Franco’s madcap account of the making of The Room, arguably the worst movie ever made. It’s difficult enough portraying a real-life character, but as Danielle, Graynor was asked to go extra-meta and play someone who is playing someone else. (Danielle plays The Room’s central love interest, Lisa.)

Still with us? Good. Anyone who’s seen The Room knows that Danielle is one half of perhaps the most awkward sex scene ever captured on film. The other half is Tommy Wiseau, the enigmatic oddball who wrote, directed and financed The Room, and is played here with meticulous accuracy by Franco himself.

The scene in question has all the trappings of an ultra-low budget romp—rose petals, candles and cheesy jazz—the kind you were likely to stumble on as a teenager flipping through scrambled channels in your parents basement late at night. “Oh my god,” Franco says when I bring up the The Room’s infamous sex scenes over the phone recently. “They are the most bizarre, ridiculous, cheesy, gratuitous, gross sex scenes ever.”

Despite his personal taste, Franco was determined to recreate The Room with painstaking detail, which meant getting the film’s tacky sex scenes exactly right. Unfortunately for him, Wiseau often appears fully nude during coitus, which meant Franco had to disrobe, too.

“The amount of Tommy’s own body that he shows is insane,” Franco explains. “One of his dilemmas was how much should he should show his ass. He thought that he would be able to sell the movie more easily if he showed his own ass. It was a big question that he was asking himself. Ultimately he decided to show his ass but audiences usually groan when he walks away from the camera completely naked.” In order to achieve Wiseau’s peculiarly sculpted physique, Franco embarked on a strict, yearlong diet that consisted of nothing but Whole Foods salads for breakfast, lunch and dinner.

Graynor recalls what it was like having naked James Franco-as-naked-Tommy Wiseau direct her on set, and it was as just surreal as it sounds.

“Seeing James come out basically nude and then running around set essentially directing two films at once while acting in them both while I just had to lay in bed—well, I just felt very safe and calm as soon as that happened,” she said. “I was like, ‘I got nothing to worry about. This is nothing for me.’”

But despite the inherent playfulness on set, Franco explains that there was something much darker just beneath the surface during those scenes. “Tommy is walking around the set butt-naked and yes, it’s ridiculous and funny, but he’s being rude to his actors and acting completely inappropriately,” he says, referring to Wiseau’s reportedly unhinged onset behavior. “In a sense he’s breaking down.”

Wiseau’s approach to shooting the sex scenes in The Room was the antithesis to the experience Franco had on The Deuce, David Simon’s absorbing HBO drama about the rise of pornography in 1970s New York. After shooting the show’s pilot, Franco saw that communication and professionalism are essential components of shooting sex scenes, especially for something as raw as The Deuce, and employed those lessons on his own set.

As Graynor sees it, he succeeded. “The shooting of that particular scene is such a ridiculous, outrageously over-the-top and completely unrealistic kind of scene. It was more funny than it was anything, and James created the most professional environment you could possibly imagine.”