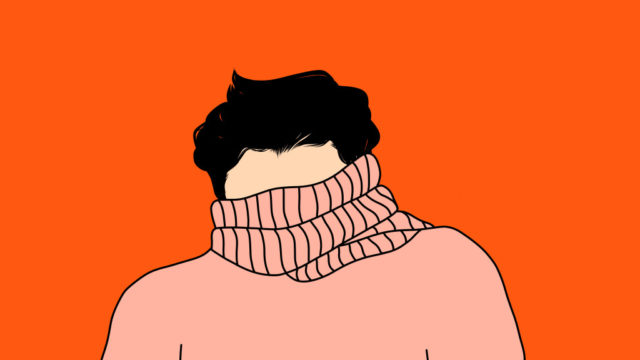 In the U.S., circumcision has been on the decline for decades. Globally, only one-third of infants undergo the procedure. The World Health Organization recently estimated the number of uncircumcised men on the planet and found that circumcision was particularly popular in the United States, where only a quarter of men are uncircumcised compared to nations like Australia (41 percent), South Africa (65 percent), the U.K. (94 percent) and Canada (70 percent). In most parts of the world, uncircumcised men compile the majority, which begs the question: is there still a stigma against uncut men in America?

“There still is a stigma, but it’s definitely getting better,” Tiffany, 35, shares. “Several times, I have had uncircumcised men tell me upfront that they are uncut, in a way that leads me to believe past partners had an issue. With more and more people, especially younger generations, I see it becoming more common to witness uncut men.”

Dani, 29, agrees. “There’s definitely a stigma against uncircumcised men, and to be honest, I felt the same way until I met my partner who’s uncut. When erect, it looks no different than any other penis, and it operates the same way. In fact, my partner and I decided not to circumcise our son because there is no point, unless it’s done for religious reasons.”

Speaking of religion, Playboy spoke to sexologist, certified sex coach and ambassador for the American Sexual Health Association, Sunny Rodgers, who believes the predisposition is primarily influenced by faith. “In the past, being circumcised was a decision many parents made because of the ‘laws’ of their religions,” she explains. “But, as more and more non-denominational religions rise in popularity, the choice to circumcise is no longer dictated by religious trainings, and I believe this has a lot to do with why circumcisions have been declining in the U.S. since the mid-1970s.”

Rodgers postulates the remaining stigma is residual from religious ideals that parents have held onto, but admits even that is changing. The fact of the matter is that millennials are unbothered by religious accords and forgo circumcision for the betterment of their children. Like other seemingly taboo concepts, modern minds have become more accepting of diversity. Not to mention, Medicaid no longer covers the cost of circumcision in several states, which has also greatly impacted the collective decision.

The procedure has birthed particularly apoplectic advocacy groups who believe circumcision is non-consensual mutilation and a decision that shouldn’t be made on behalf of children. Playboy approached Dr. Ethan Grober, urologist at Cosmetic Urology to talk about the procedure and its surrounding controversy.

“If one envisions a circumcision performed using a dirty and sharp stone as part of tribal culture to signify the passage into ‘manhood’, for sure that can be considered barbaric,” he begins. “If one incorrectly equates male circumcision with removal of the clitoris (female circumcision), then definitely.“

The truth of the matter is, in developed nations, circumcision is an elective, sterile and minor surgical procedure performed by specialists with appropriate anesthesia to ensure comfort. “It’s very much a personal choice after considering the potential risks and benefits of the procedure,” he explains. “Some contend that by removing the foreskin, penile sensitivity is diminished, compromising orgasmic and ejaculatory function, but I haven’t seen this with my patients. Some report enhanced sensation, some decreased. Most report no change at all.”

There is no doubt that circumcision offers a host of benefits, such as decreased risk of urinary tract infection and STDs (HIV/HPV). It also protects against penile cancer and reduces the risk of cervical cancer in female sex partners. However, the medical community hasn’t gone as far as to give a sweeping recommendation for it. Circumcision has largely become “de-medicalized” and has evolved to become a personal choice.

“In infancy, the most common reason parents elect for circumcision is so their child can ‘look like their father’,” Grober says. “As adults, some feel that a circumcised penis is easier to clean, and others simply prefer the cosmetic appearance, much like some women prefer the appearance of larger or smaller breasts.”

A common argument against circumcision is that sex is no different, but this isn’t necessarily true. “Men with foreskins tend to have heightened sensations around the tip of their penis, which makes them more reactive and sometimes quicker to ejaculate,” Rodgers shares. “A lot of women claim they feel more stimulating movement when having sex with an uncircumcised partner as the extra skin can gather and add stimulation for their female partners.”

While the U.S. remains one of the few remaining nations against circumcision, one can only assume that, due to the growing list of factors outlined above, Americans will be exposed to more and more uncut penises, which will contribute to normalization and finally, acceptance.