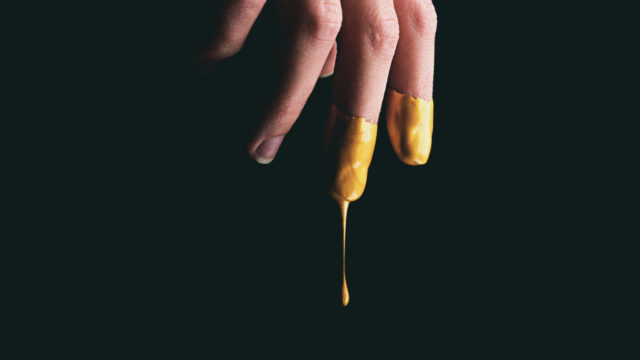 Men often pride themselves on their bedroom reviews, yet for some suspicious reason we don’t care to improve because we feel there’s no need. Except there is, a big one evidenced by the menacing orgasm gap between the sexes. Considering this lopsidedness, it might be useful to know that a meager 17 percent of women orgasm from penetration alone, which means your dick can’t possibly do all the work on its own. You’ve got to help your buddy out, and an often-neglected yet effective form of play is something you probably consider fairly simple: fingering. By manually stimulating the clitoris during intercourse, a woman is four times more likely to orgasm.

Research published in the Journal of Sex & Marital Therapy analyzed the orgasm histories of more than 1,000 women to pinpoint what revs her engine and generally concludes that, in order to climax, women require a tactful mix of intercourse andoutercourse. More than two-thirds of women report needing clitoral stimulation in order to orgasm and an additional 36 percent say clitoral contact enhanced their sexual experience. Two-thirds agree the best way to stimulate the clitoris is by applying indirect pressure around the clitoris (treat the clitoris as if you’re rubbing an eyeball through an eyelid), followed by gently brushing over it. The clitoris is sensitive and coated with nerve endings (more than your entire penis, in fact), so be gentle and play nicely—unless instructed otherwise.

Because the g-spot is located on the anterior wall of the vagina, the best way to reach it is by having her on her back and inserting a lubricated finger with your palm up. The g-spot’s tissue should feel different and engorged when aroused compared to the surrounding tissue. When you’ve found this uber sensitive spot, Stubbs recommends you perform a ‘come hither’ motion with your finger, running along the inside of the vagina, or some light tapping with the pad of your finger. “Even though the vagina is self-lubricating, it’s always great to have lubricant on hand,” Stubbs adds. “Sometimes your partner may not lubricate enough for painless penetration, and that is ok. It isn’t an indication that they are less into you or aren’t as turned on. Sometimes bodies need extra help.”