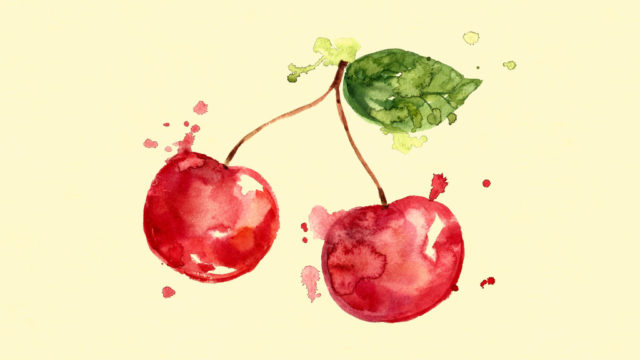 It was May 2, 2004 and I had been living in a small borough 60 miles westward from Philadelphia for the last six months. The area was akin to a picturesque town in a Thomas Kinkade painting and strangely enough, the location of Tyler Swift’s childhood home. The day started out seasonably warmer for that time of year, the sky overcast throughout most of the day. Both the humidity and dew point were excessively high, making it somewhat uncomfortable to be outdoors. Like most Sundays before it, however, we had nothing planned. Having been married for only 28 days, we were also suffering Honeymoon Syndrome.

Later that day, as the sun started to set, you could hear the pitter-patter of raindrops tapping on the window pane while the not-quite-thunderstorm winds clocked upwards of 20 miles per hour. The tranquil noise of Mother Nature shielded the creaks of the bed and the moans coming from our second story apartment. Beneath our intertwined naked bodies were the soft, silky sheets, now tossed about from our lovemaking.

My wife began to straddle me and my eyes feasted on her glistening body, eagerness spread across my face as she reached down between my thighs. I grabbed the bottom of the headboard as she cupped my balls with her one hand and grabbed me with the other.

Then the unthinkable happened.

She discovered a lump. Somehow, without me ever noticing, my left testicle had grown to be twice the size of the right. The mood immediately turned sour and we frantically spent the next few hours searching the internet looking for answers. It was reminiscent of jumping down the rabbit hole in the Alice’s Adventures in Wonderland, a desperate excursion leading us to the question we both had: was it cancer?

That night I laid restless in bed. All I could think about was what had I done to deserve this? Why me? What caused it? I had flashbacks of my life—the places I’ve been, people I’ve met, activities I took part in. I thought about all the things I still needed to do, lessons I needed to learn, people’s lives I had to influence. I never felt so vulnerable and not in control of my life as I did that night.

Would I lose my sense of manhood? My sexuality?

Up until that point, I lived as if I were invincible, a guy who had life by the balls. Several times in my life I had escaped death and overcome physical and emotional pain that I would never have imagined. I was a survivor of both an ill-fated car accident and of war. But cancer? Could I tackle a monumental confrontation such as this?

Even if I survived, what would my life look like? Would I ever be intimate with my wife again? Would we be able to have children? Would I lose my sense of manhood? My sexuality?

Subsequently, I started to think about my own mortality and scrutinized every aspect of my past. Over time, for reasons I don’t even know, I became a heartless bastard. I became desensitized to everything around me. Everyone being equal, never harboring a favorite. But there was something about not knowing how much longer I had to live.

My brain wanted to admit defeat but my heart and soul refused to settle for anything less than victory. I decided I was going to reclaim my life, including my sex life. This is what drove me to move forward: realizing that nothing in life is impossible.

As the hands of the clock leisurely inched forward towards dawn, my head was filled with John Williams’s symphonic score in the original Stars Wars movie. Luke Skywalker, alone in the desert, gazing into the binary sunset wondering what the fuck tomorrow might bring. Only I was hoping that whenever I did open my eyes, the nightmare would be over.

But it was just about to begin.   I start my story here, on what I call “twas night before cancer” for a very important reason: If my wife had not discovered my lump and swelling during intimacy, I may not be here today to write about it.

I don’t mean to ruin your moment, but more than half of testicular cancer cases are discovered by partners during intimacy. When caught early, 96 percent of cases are curable. In my case, it was the lump that gave it away, but there are some less intuitive signs like back or abdomen pain, swelling, tenderness in your breasts or breast growth or heaviness in your scrotum that could be a sign you have a problem. So, don’t be a dick and let it happen to you. Understand your body and examine your testicles frequently.

Scott Petinga is the founder of the Center of Advocacy for Cancer of the Testes International (CACTI), among other organizations. Visit his website for more information about his cancer advocacy.