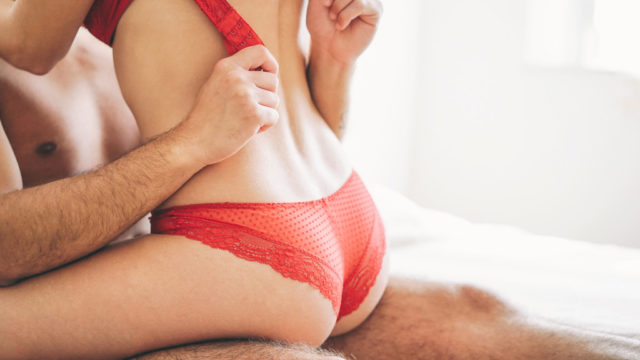 If there’s one thing we all have in common when it comes to sex, it’s that orgasms are a pretty amazing experience, right? Well, it turns out this isn’t the case for everyone. In a small percentage of the population, orgasms can trigger a wide range of unusual reactions, from headaches to sneezing to crying and more.

In a recent paper published in the journal Sexual Medicine Reviews, two physicians summarized what we know about these so-called “peri-orgasmic phenomena,” or unusual physical and psychological symptoms that stem from orgasm. These doctors scoured the medical literature for relevant case reports and documented more than ten different orgasmic side effects. Below we’ll take a look at some of the most interesting things they found.

The most well-known and researched side effect of orgasm is a headache. Specifically, what we’re talking about here is a sudden, explosive headache that sets in just before or during orgasm and lasts anywhere from a few minutes to a few hours. The origin of these headaches, which are thought to affect less than 1 percent of the population, are unknown; however, one case report about a man who’d had them for 20 years noted a damaged artery in the brain that could be the potential cause.

Effective treatments haven’t yet been established, but some doctors believe that migraine and blood pressure medications may help these symptoms. Though usually benign, persons with painful orgasm headaches would probably do well to get checked out by a physician to first rule out the possibility of a brain hemorrhage or disease.

A handful of cases have been reported in which people start sneezing every time they reach orgasm. We don’t know why this happens, but one potential explanation is that it results from crossed “wires” in the autonomic nervous system, which is the part of the brain that controls involuntary body functions, like sneezing and breathing, as well as a number of sexual functions, including orgasm.

Is there anything that can be done for those of us who have sneezing orgasms? Some doctors have suggested that long-acting nasal decongestants applied just before sex may help.

Some people experience epileptic seizures immediately or soon after orgasm, a phenomenon sometimes referred to as “orgasmolepsy.” As you might imagine, this is one of the most dangerous side effects or orgasm. It’s thought to be caused by lesions in the areas of the brain linked to sexual behavior and, fortunately, it seems to be treatable with antiepileptic medications.

For nearly a century, case reports have sporadically emerged about people who experience a sudden onset of weakness following orgasm. Specifically, these individuals report complete loss of muscular control for about 30 seconds or so.

Interestingly, studies have found that this phenomenon is linked to narcolepsy, which suggests that a sleep disorder might be the underlying cause. Narcolepsy is associated with a lower-than-normal number of neurons in the brain responsible for releasing the chemicals that help us regulate our sleep-wake cycle. Treatment with narcoleptic drugs may help prevent orgasmic muscle weakness.

One other side effect of orgasm worth highlighting is crying and depression, though it’s worth noting that these symptoms can potentially occur following sex regardless of whether one orgasms or not. For this reason, it is known more broadly as “post-coital dysphoria.”

What we’re talking about here are intense negative feelings, which may include depression, anxiety and/or tearfulness. These feelings may last up to an hour and they don’t stem from unwanted sexual activity; in fact, this experience is most likely to occur in a stable relationship following consensual and satisfying sex.

One study of female college students found that 32.9 percent of women had experienced these symptoms before, while 10 percent had experienced them in the last month. It’s thought that men are capable of experiencing this, too, but this hasn’t really been studied yet. Little is known about the causes of post-coital dysphoria, but researchers have speculated that both hormonal and psychological factors may contribute.

Beyond the side effects discussed above, this review paper also reported on a few other curious post-orgasmic symptoms, including pain in the face or foot, altered states of consciousness (e.g. hallucinations) and panic attacks.

With all of that said, we don’t truly know how many people are living with one or more of these peri-orgasmic phenomena. Though they seem to be pretty rare (with the exception of post-coital dysphoria), keep in mind that most of them are probably underreported because some people may not recognize that their experience is unusual, they may be too embarrassed to seek help or their symptoms may be mild enough that they don’t believe help is necessary.

Any way you look at it, though, what all of this tells us is that the experience of orgasm is far more complex, diverse and fascinating that any of us ever thought.

Justin Lehmiller, PhD is a sex educator and researcher at Ball State University, a Faculty Affiliate of The Kinsey Institute, and author of the blog Sex and Psychology. Follow him on Twitter @JustinLehmiller.