Chores aren’t sexy, but they’re necessary—unless you’re cool living in a dump that doubles as an Airbnb to rodents. However unsexy these tasks may be, chores do have a significant impact on your sex life. A new report from the Council of Contemporary Families examined a variety of different household tasks—which included grocery shopping, laundry and general house-cleaning—and found that doing the dishes was the most despised duty of them all.

The report documented women who wash the majority of the dishes record more relationship conflict, less satisfaction and worse sex than couples who split their chores evenly. Understandably then, women want help with the dishes more than any other household chore. According to Dan Carlson, lead author of the study, the reason washing dishes is so universally despised is because the task itself is, for lack of a better term, “gross.” Additionally, he cites the chore is rarely complimented as much as others, such as cooking dinner.

Due to traditional gender roles, chores like dishes tend to be associated with women, because conventionally, women have assumed responsibility for chores that involve cleaning the homestead, like laundry, sweeping and keeping the home tidy. Men, however, tend to assume more rigorous outdoor tasks, like mowing the lawn, taking out the trash and washing the car.

However, as times have changed, gender roles (and even gender itself) is evolving and lines are not only being blurred, but redrawn, women tasked with these less desirable chores “see themselves as relegated to the tasks that people don’t find desirable,” Carlson told The Atlantic. This breeds resentment and, if gone unnurtured, will breed less satisfying sex.

“Chores are a necessary evil. There’s generally nothing fun about them, and one person usually feels like they are getting the short end of the stick when it comes to the mundane tasks of cleaning, cooking, shopping, etc. Over time, unless couples are great at addressing these issues and sharing them equally, resentment can build and spill over into the bedroom,” Katy Zvolerin, sexologist and public relations director at Adam and Eve tells Playboy. “If one partner feels they are taking on more than the other partner or that their significant other is taking advantage of them, little by little, these things can add up to a real issue.”

Gendered housework runs so deep that even members of same-sex couples are assigned certain chores based on how feminine or masculine their interests are.

Gender plays a massively unfair role in these designated household duties. According to a study from Indiana University, nearly three-quarters of Americans thought women should buy groceries, cook, do laundry and clean the house. Conversely, nine in 10 thought the male partner should do the auto work and outdoor tasks. In fact, gendered housework runs so deep that even members of same-sex couples are assigned certain chores based on how feminine or masculine their interests are. The study even found that gender had a more powerful influence over chores than income and availability.

But we are doing better, admittedly. As time has progressed, men have assumed a greater share of household chores. Research has found that men perform an average of four hours of housework a week—two hours more than they did back in 1965. What’s more, between 1999 and 2006, the share of couples who divvy up dishwashing duty has doubled. Carlson attests couples who share dishwashing responsibilities have more successful relationships because dishes are a task that can be easily done as a team. One washes, the other dries; one cooks, the other cleans; one rinses, the other loads. The task inherently encourages teamwork, which makes partners feel better connected.

If lopsided household duties persist in a relationship, it can destroy the very union. A previous survey found that one in four divorced couples cited “disagreements about housework” as the top reason for getting divorced. However, there may be a remedy. A paper citing this survey found that couples who spent more money on timesaving services (like a maid or dining out) were more satisfied in their relationships as they spent more time with their partner.

While paying for this is more certainly a luxury than a necessity, research published in the Proceedings of the National Academy of Sciences found outsourcing at least a few tasks each month (about 0 to 0 worth) can greatly benefit a relationship.

But, of course, as some of us don’t have money for such services, you’re going to have to mutually agree on who does which chores. To fairly reach a decision, Playboy consulted Hunt Ethridge, dating and relationship expert, to offer some tips on how to evenly distribute chores between partners.

Ethridge believes there are three rules one should apply when dividing chores. First, availability. “If one person is home more, they should definitely be shouldering a good portion of the work,” he explains. “However, this can also create issues if the other partner doesn’t understand how long something takes.” Second, disgust level. “Sometimes, a chore just sucks, like cleaning the cat litter. One person will usually hate doing it more than the other. The one that hates it less should do it.” And third, talent. “My wife is a great cook,” Ethridge begins. “If she wants me to cook dinner, I have no problem doing it. It will just take twice as long as it would take her. So sometimes, she’ll just take it on because she has the talent for it, and it will take her much less time. It’s the same thing for me and mowing the lawn.”

A great way to effectively divvy up chores is to sit down and make a list. “Everything becomes more real when you write it down,” Ethridge explains. “You may think you’re arguing over three or four chores, but when you make the list, you realize both of you are doing a dozen other chores the other doesn’t know about.” But if divvying up household duties still seems like a bore with no benefit, make it sexy! “Challenge the gender roles you associate with chores. Are women supposed to cook and clean, and men supposed to take care of the cars and bills? Trade off the chores or offer ‘rewards’ to your partner when they take on a new or dreaded task around the house,” Zvolerin suggests. “Try strip or naked cleaning day to lighten the mood and make it fun. A little (sexy) incentive can go a long way!” 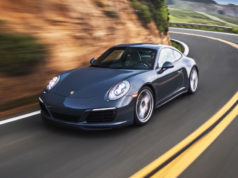