Reggie Watts and the diverse, digital and beautifully weird new age of comedy.

“We here at Netflix believe: F*ck T”, Reggie Watts tells the crowd with a smile. “We’re moving into the future. This is an experimental show. You might not even see this on Netflix. This is an incubator R&D program designed to test the limits of what a viewer can stand.” Those who know the comedian from his stream-of-consciousness stand-up, his meta-hysterical TED Talk or his bandleader gig on The Late Late Show will tell you that this moment, from his new special, is just Reggie being Reggie. But no matter how far out there he gets, Watts always has a point, and that Netflix line is no exception. The past few years have found the streaming service drastically increasing its output of original stand-up specials — testing the limits of how much stand-up a viewer can stand. Clearly we haven’t hit one yet. Watts’s special, Spatial, is his latest entry in what The Wall Street Journal has called “the new comedy economy”, a recent surge in the form’s evolution led by a handful of streaming services. In August 2016, Netflix announced Watts’s special along with seven others, from bigwigs including Dana Carvey and Cedric the Entertainer to fresh faces like Michael Che. 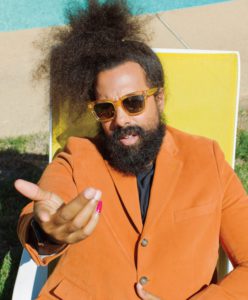 To date, Netflix has produced 43 of its own comedy specials —19 in 2016 alone. Nearly triple that number of non-Netflix-produced specials are currently available for streaming through the USA version of the service. Meanwhile, Comedy Dynamics, America’s largest independent stand-up comedy producer, has seen its own number jump several times in the past few years, from seven specials in 2006 to 51 in 2016. “There’s a story I like to tell”, says Comedy Dynamics President and founder Brian Volk-Weiss. “At the end of 2015, we had a company-wide meeting. I told the company that the year was an anomaly and we would never make that many specials again. Sure enough, I looked like an idiot, because this year we produced about 35 percent more.” You could call it a second golden age for recorded stand-up, a return of sorts to the glory days of the 1980s, when Robin Williams, Eddie Murphy and Comic Relief specials populated screens both big and small. But back then there was no YouTube. That medium, so widely bemoaned by comedians as a joke burner, has actually reignited interest in the genre. When comedy is served up in free, joke-length portions, it’s much easier to discover new voices without having to pay for cable or wade through hour-long specials. 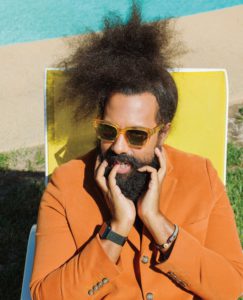 And more content means more power to underrepresented artists and communities. “As long as it means more access to more unique voices that are talking about their experience in comedy, I say the more the better”, says comedian Patton Oswalt, whose first Netflix special, Talking for Clapping, arrived in April 2016. “It makes the world feel more connected and way less scary and lonely if there are more people talking about different experiences and making them something everyone can relate to.” No one embodies this breaking of barriers like Watts, one of the most idiosyncratic and innovative comic performers working today. “I think he’s brilliant”, Oswalt says. “He’s a unique voice. He takes what has become common grammar and really tweaks it to his own sensibility. That’s the sign of a great comedian.” For its part, Netflix seems to have taken a page out of HBO’s stand-up playbook by giving performers a platform to be themselves. And without the bureaucratic baggage of traditional networks, Netflix is better equipped to take on a project as flat-out weird as Spatial. The show opens with the words “Somewhere in the Vega star system” and unfolds into a mélange of free-form improvised musical comedy, absurdist sitcom sketches, colourful costume changes and a shadowy striptease. Watts presides over much of the entropic proceedings in a T-shirt bearing the words chaotic good in big block letters — 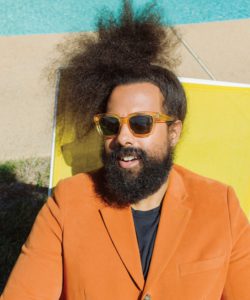 the perfect two-word distillation of Watts’s genius. “In a way, Netflix is thinking like an artist”, Watts says, referring to its rapid development pace. “They’re able to keep their minds in a more creative space and kind of go for it, and they’re being rewarded for that.” It might just be the ideal platform for the comedian, whose work is typically a combination of telepathic wordplay and complex comedic musical improvisations created live on stage with a sampler. “Pretty much the whole special is improvised”, Watts says. “They were able to make that happen. And I think in that format, given the constraints we had, we were able to achieve quite a bit of what I wanted to have happen and also some really nice surprises.” But just as all the chaotic good of Spatial boils down to Watts’s extraordinary voice, body and brain, stand-up has remained remarkably consistent even as distribution methods and attention spans have shifted. Sketches, costumes and interpretive dancing aside, Watts is just a person speaking to an audience. “Stand-up is about the material and the delivery”, says Volk-Weiss. “What worked in 1950 you can’t really improve too much. Comedy is a lot more diverse than it was, which is a great thing, but you can’t really beat a man or a woman delivering jokes with a microphone.”