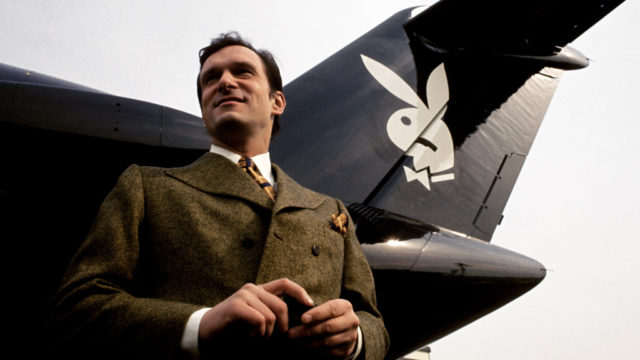 The Big Bunny took its maiden voyage on February 17, 1970. Its original intent was to shuttle Hef between the Chicago Mansion and his new Shangri-La in southern California. Ultimately, though, the McDonnell Douglas DC-9 carried him all over the world—from Greece to Tanzania to nearly every stop in-between.

The Big Bunny measured 119.3 feet in length and possessed a wingspan of 93.4 feet. It could hold up to 38 passengers, typically Hef’s best friends (Shel Silverstein et al) and a collection of Playmates, Jet Bunnies and significant others.

Jet Bunnies eschewed rabbit ears and tails for black knee-high boots and white aviator scarves. Per Hef: “They looked as though they had just stepped out of a James Bond movie.” The Jet Bunnies were fully accredited, too, training at Continental Airlines’ stewardess school in L.A.

There were two main women of the flight cabin—Barbi Benton and Karen Christy, Hef’s two girlfriends at the time. They never, though, flew together, as Hef effectively kept the two relationships separate, using the Big Bunny as the go-between since Barbi lived in Los Angeles and Karen lived in Chicago.

For in-flight entertainment, the Big Bunny was equipped with two film projectors, a videotape machine and frequent flier Gene Siskel. “It has everything,” Hef once said, “except a swimming pool and a bowling alley.”

The in-flight meal—how does lobster and roast beef sound?

Hef had his private quarters on the Big Bunny outfitted with an elliptical bed that could be accessed through his own gangway. It came complete with silk and Tasmanian opossum-fur covers.

What of the mile high club, you ask? “The reality is that having sex above the clouds is exactly the same as having sex anywhere else,” Hef has offered. “It’s just a memory. A fond memory, however.”

The Big Bunny was grounded in July 1975 when it was sold to Venezuela Airlines. It later served as a commercial airliner for Aeroméxico. The plane was retired from service in 2004. 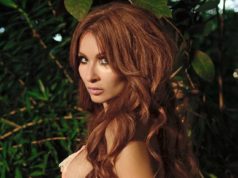