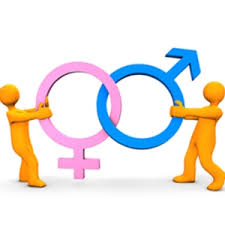 As far as I know, there are two ways to cheat in a relationship. First, there’s physical infidelity, which involves things like kissing, oral sex and penetrative sex. Then there’s emotional infidelity, where one engages in non-sexual yet suspect behavior, like intimate conversation and flirtation. Which one is worse? According to new research from the Norwegian University of Science and Technology, the opinion varies by gender.

In the study, researchers asked 92 heterosexual couples for their reaction to different hypothetical situations where cheating occurs. Each scenario started the same way: one partner goes to a party without their other half. In two of the scenarios, the participant was the cheater, and either had sex with another party-goer or danced and flirted with them. In the other scenarios, the participant is the on the receiving end of cheating.

After participants were asked to rate their feelings, the results showed cheaters found it hard to believe that they were forgiven. Which wasn’t necessarily helpful. “Negative forgiveness bias was present for both emotional and sexual infidelity scenarios, and for male and female participants,” the authors wrote.

A more pertinent piece of evidence researchers uncovered was that men and women have very different opinions on emotional cheating. Results found women didn’t believe men could forgive them for emotional infidelity, while men were indeed more likely to forgive emotional infidelity. Men were more threatened by the idea of physical cheating than emotional, though both sexes rated sexual infidelity as equally damaging.

These results mirror a past study published in the Archives of Sexual Behavior, which polled over 60,000 gay, lesbian, bisexual and heterosexual participants asking which affair they’d dislike the most. For straight participants, men were more hurt if a woman had a physical affair than emotional, 54 percent to 35 percent. Women were the opposite, at 46 and 65 percent. Bisexual men and women did not differ much from each other, and same goes for gay men and lesbian women.

A third study, published in Evolutionary Psychological Science again believed women get more upset than men if they were to discover an amorous message about their partner on social media. This too is considered emotional infidelity. Again, men were more distressed at sexual infidelity. Women were significantly more upset when the other person had written the speculative message, compared to when it was composed by their own partner. It was opposite for men. Go figure.

“Even though men and women perceive both emotional and sexual infidelity as relationship threats, they have very different appreciations of the severity of especially emotional infidelity,” researchers wrote. “This may potentially be a source of misunderstanding, conflict and miscommunication in couples, and maybe a topic that couple counselors need to address.”

Since there is no established definition of what constitutes emotional infidelity, it’s nearly impossible to dictate. To determine a more official explanation, Playboy spoke to Dr. Kat, certified sex and relationship therapist and Adam & Eve’s resident sex expert, who laments there is no singular definition. Instead, she believes each person should define the parameters of the relationship.

“Women tend to count anytime their male partners gives emotional allegiance to another potential partner,” Dr. Kat offers. She mentions this can include when a partner chooses another person over themselves for intimate disclosures (like significant life events, family dynamics, etc.) to non-sexual physical contact like dancing, hand-holding and hugging.

Still, if each partner is responsible for defining emotional infidelity, why are women more affected? “Women have been socialized to more highly value emotional intimacy than men,” Dr. Kat explains. “Therefore, women tend to put a higher value on emotional exchange which can impact them more and take it more seriously.”

By that same theory, men are socialized to be more brute and physical, so it makes sense physical intimacy would impact them more.

By now you’re probably asking how you’re going to navigate the dreadful debate on emotional infidelity. Not to worry, we consulted a professional. “Learning to talk directly about emotional infidelity can actually create more emotional intimacy, which can help your partner feel more secure in the relationship,” Dr. Kat says. She adds that, in this conversation, it’s a good idea to ask for feedback about whether your behavior has given the impression to where they’ve felt threatened. To ease into things, Kat suggests you breach the topic in response to a movie or TV reference. That way it’ll feel less intimidating and more organic. Or, should friends or acquaintances be dealing with infidelity, Dr. Kat says this happenstance could prove an opportune time to breach the subject as a means of protecting your own relationship.

It’s a subject nobody wants to have, and one many may deem unnecessary, but if it helps build trust between you and your partner, then why the hell not?