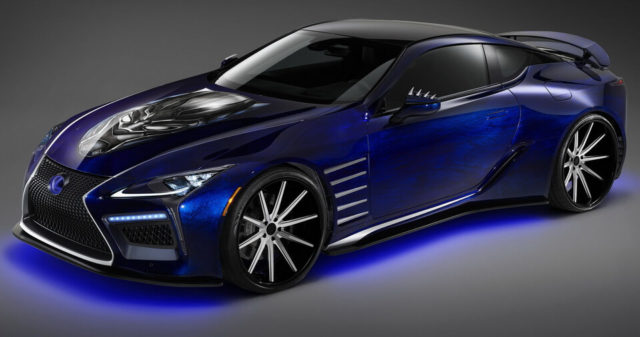 For all their abilities to leap tall buildings in single bounds or fly under their own power, there’s a long-standing connection between superheroes and more mundane modes of transportation. Beyond Batman’s ever-changing Batmobile (and Batplane, Batboat and Batcopter), there’s Wonder Woman’s Invisible Jet, Captain America’s motorcycle and Spider Man’s Spider-Mobile, because, obviously, he needs a car to get around towneven when he has a web shooter.

With all that in mind, perhaps we shouldn’t be surprised at the latest million-dollar trend in cross-promotion, but we are. Last week we saw two new partnerships emerge, each one combining an upcoming superhero movie, an auto manufacturer and an awkward tie-in comic book that not even the biggest fanboy will want to read. First, Lexus and Marvel announced two vehicles “inspired” by next year’s Black Panthermovie. Then Warner Bros. Pictures and DC Entertainment grew their partnership with Mercedes-Benz to promote next month’s Justice League by rolling out exclusive content via the latter company’s social media channels.

On the face of it, the Mercedes-Benz partnership is the less impressive of the two. After all, neither of the two cars featured in the television commercials—the new E-Class Convertible and the never-to-be-produced Mercedes-AMG Vision Gran Turino—make a claim to be “inspired by” Batman, Wonder Woman et al. In reality, they’re simply driven by the heroes for some cool-by-association.

Of course, with the film’s release date still four months away, it’s unclear quite how much Lexus’s 2018 LC 500 is inspired by Marvel’s Black Panther aside from its paint job. The official press release claims that the car has “a powertrain that gets an extra boost from vibranium, the mythical ore found only in the Black Panther’s home of Wakanda,” which doesn’t quite grasp the fact that vibranium isn’t actually a real thing at all. (Neither is Wakanda, while we’re at it, but that’s neither here nor there.)

Nevertheless, Lexus is banking on the Marvel name bringing in some hardcore completists: Next year will see an extra-limited release for the Black Panther LC 500, with only 100 being made available for sale in the United States. With a price tag north of $100,000—Lexus isn’t saying exactly how much just yet—it’ll far outstrip the cost of the first appearance of the Black Panther himself (Fantastic Four #52, from 1966, is apparently worth around $66,000 in mint condition), but at least you can drive it to the comic store every week.

Sadly, Playboy’s budget doesn’t stretch to buying cars to compare, so it falls to the old-fashioned method to resolve quite who wins this latest evolution in the seemingly never-ending Marvel vs. DC conflict: Compare the tie-in comics instead.

Two Mercedes-Benz/Justice League comics have been released via the auto manufacturer’s Instagram channel and four more will be uploaded between now and the movie’s November 17 release. Although “Joyride” and “Guiding Lights” lookimpressive thanks to some mild animation and sharp photo-realistic artwork by Jason Badower, they’re so slight as to be almost insulting to the characters. Should Wonder Woman really need the assistance of Cyborg to help rush a pregnant woman to the hospital? Couldn’t the Flash find a fire on his own without needing to drive about in Bruce Wayne’s car? (Sorry, writer Adam Schlagman.) If the aim of these shorts is to lower expectation for the movie and make its heroes seem less impressive, then mission accomplished. Otherwise…well, perhaps the latter episodes will read better.

In comparison, Marvel’s Lexus tie-in, Black Panther: Soul of A Machine is so ambitious as to be ridiculous; midway through the series’ eight-chapter run, it has yet to feature the LC 500 in its pages. Instead, the story (written by a committee led by Deadpool co-creator Fabian Nicieza) focuses on the attempts to stop a technology-based villain called Machinesmith by…designing a car. Oh, alright; it’s not just a car—it’s the Lexus LC 500, which is described as “a foundation for perfection and the means towards successfully stopping Machinesmith,” for promotional purposes. Mixing hyperbole with self-conscious deadpan delivery, Soul of A Machine is a strange comic that also includes a trip inside a Tron-esque virtual reality.

From the two comics, Lexus comes across as the more impressive carmaker, if only because its model was apparently designed by the Black Panther and his team to defeat a bad guy. On the other hand, Batman and Wonder Woman both drive Mercedes-Benz and there’s something to be said for that kind of vicarious-living-through-driving experience, given how far away the rest of our lives are from saving the world from evil aliens on a regular basis. How to choose?

Of course, basing a car purchase on the preferences of fictional superheroes isn’t the wisest decision you will make. If that’s really where you are, take a leaf out of the Flash’s book and run everywhere.