When I used to make a Christmas wish list for my parents, the number one item every year was a jetpack. I swear I’m not making this up; go ask my mom. I was fascinated with the idea of having my own flying machine, and even though I understood it was well outside my folks’ price range and not actually real, I kept requesting one anyway. Because hey, you never know—maybe my parents were secretly Bond villains and would eventually come through. They never did.

As the years went on, I forgot all about my childhood dream of owning a jetpack, because all your dreams die when you get old. But here comes Boeing to make me feel like a wide-eyed little boy again: Yesterday, the aviation giant announced a two-year global contest for inventors to create a “personal flying device that is safe, useful, and thrilling,” per a press release. The prize? A cool $2 million.

Now, I have to respectfully bow out of the GoFly competition because a.) I possess no engineering skills, or practical skills of any sort and b.) I just want to ride the jetpack repeatedly, not build it. But if you’re good with your brain and your hands and you can recruit other science-minded people who know their way around a soldering iron and some wires, or whatever the hell you use to build a jetpack, you should sign up for this competition, stat. Because, don’t forget, I’d really like to ride your jetpack.

Here are the criteria: Boeing wants to “foster the development of safe, quiet, ultra-compact, near-VTOL (vertical take-off and landing) personal flying devices capable of flying 20 miles while carrying a single person.” The jetpack should be “capable of being flown by ANYONE, ANYWHERE” (emphasis in caps theirs, not ours) and friendly for pilots “young and old, city-dweller and country-dweller, expert and novice.” I’m at least one of those things.

Your jetpack can look or work however you’d like, as long as it’s safe and can fly a person. (Although, as the rules point out, “you have the option to use a mannequin to simulate the user,” which is probably a good idea unless you also want to build a murder machine.) The technical rules, of which there are many, can be found here, but know that you’ll have to put in a fair amount of work in order to collect your millions.

Expect to submit a written report and preliminary drawing during the first phase (deadline: April 18, 2018), then an updated written report and a demo of your progress in phase two (deadline: February 6, 2019), before participating in the final fly-off (October 2019). As I said before, I have no idea how you’d even go about beginning to build a jetpack, but I’m fairly certain that two years is not a very long time to build a jetpack.

But that’s your problem to solve, not mine. Get to work. 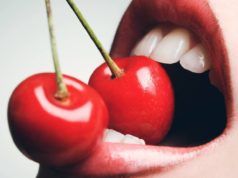